Every year you’ll hear a wide range of financial predictions from a range of experts.  What do these predictions really mean – and just how many of them come true? The results should NOT surprise you.

Notice a common theme in these predictions? Think about the media experts making these predictions. What are they are really trying to achieve? First, they need attention. They also need ratings, bums on seats, people purchasing their publications or utilising their services. By generating alarm and panic, they are more likely to achieve their aim!

As Jim Parker, Vice President DFA Australia Limited recently said “Analysis is expensive. Opinions are cheap”. He believes this is why the media is full of people forecasting what will happen in markets next. It’s a cheap way of putting money in their pockets.

Take this advertisement [image above] we found from early 2016. It’s for an event hosting by Robert Kiyosaki. To help fill his presentation, he predicts…. wait for it….. “The biggest market crash ever seen will be in 2016”.

Wait! What? Did it happen? Of course not. All this headline did was scare people into buying a ticket so they hear this visionary tell them all about the “BIGGEST. CRASH. EVER” [his words, not ours].

After the reader calms down from the prospect of losing everything in 2016, they’ll be pleased to read that this “expert” will “show you what to do with your money now – to protect your financial future.”  OK, so if he’s completely wrong about his headline prediction of the BIGGEST CRASH EVER [once again, his words, not ours], how comfortable are you now with putting your money where he thinks it should be?

Reading between the lines, he’s not confident either! He’s already offering 2 for 1 tickets to his seminars! Says a lot about the value of his “insights”.

Removing this example from the field, how many other financial experts or gurus get it right? According to Forbes, it’s a very low number.

So how many “Experts” actually get it right?

In their article “It’s Official! Gurus Can’t Accurately Predict Markets”  Forbes tracked and graded thousands of market forecasts made by dozens of popular gurus over the years. The forecast data collected by CXO Advisory Group since 1998, show that the overall results are not good.

They concluded that the market experts accurately predicted market direction only 48% of the time. Yes, less than half!

So our predictions for 2017 are

Our researched analytical advice for 2017: Stay away from them.

Joe Stephan graduated in 2002 with a Bachelor of Business (Fin Plan) under the tutelage of his father (Program Leader of Financial Planning at RMIT University).

You will hear Joe bandy about the idea of “pure financial advice”, which is given objectively and focused around the needs of individual and not the internal needs of the business providing advice.

Joe is realising his vision every day through his Independent Advice Firm which he owns and operates with his brother James. 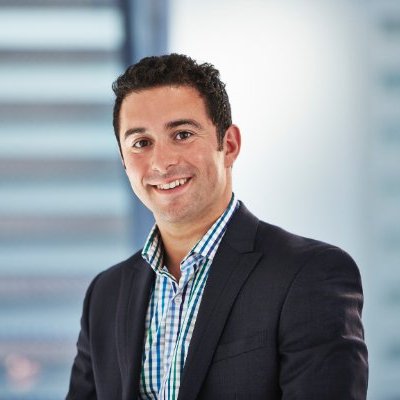 Thinking
about a second
Opinion?